When the oldest being on Earth finds his mate…

I received an ARC from the author in exchange for an honest review.

Kiss of Vengeance is the second book in the True Immortality series and it can be read as as standalone, but I recommend reading in order for a much richer understanding of the world building. In this book, we find Rose Kelly who is a fae born on Earth, except she has no clue about her origin or her powers or the supernatural world because someone had put a spell on her as a baby. When 25 year old Rose is attacked by a vampire, the spell is broken. When she discovers her powers for the first time, she finally finds that illusive something that she’s been looking for. END_OF_DOCUMENT_TOKEN_TO_BE_REPLACED

Dug from my dusty pile of ARCs, I finally picked up Say You’re Sorry by Karen Rose. Fun fact: this is my oldest ARC! I borrowed the 24 hr long audiobook from the library to finally push myself to read it. This is my first Karen Rose book and I can understand why her fans have told me to start with her older books first. But I really wanted to put a dent in my pile of unread ARCs, so I had to start with Say You’re Sorry. When Daisy Dawson gets attacked by a serial killer, she fights him off and manages to snatch his necklace in the process. The necklace is related to a cult investigation that Special Agent Gideon Reynolds has been working on and that’s how Gideon and Daisy meet for the first time. END_OF_DOCUMENT_TOKEN_TO_BE_REPLACED

I received ALCs from Harper Audio in exchange for an honest review.

If you didn’t know already, Cam Rohan is my ultimate book boyfriend. Consequently, Mine Till Midnight is my favourite Kleypas book. I have listened to the original audiobook of Mine Till Midnight in the past and I concluded that the audio had been recorded before Kleypas made some major changes about the character Christopher Frost. I say ‘major changes’ because the original audiobook didn’t have Christopher as the villain, which changes a huge part of the story. This revised and updated audiobook definitely sticks to the actual story and I can confirm that everything pertaining to Christopher Frost is as it is supposed to be.

Seduce Me At Sunrise is hands down one of the most angsty Kleypas books I have read. The pining is REAL, my friends. I have listened to the original audiobook of Seduce Me At Sunrise in the past and I again concluded that the audio had been recorded before Kleypas made a few changes. There were definitely some missing dialogues in the original audiobook (i.e. Leo’s epic speech to Kev was cut down). This revised and updated audiobook includes the missing dialogues, but there are still some minor changes in regards to word choices (i.e. certain adverbs taken out, certain words like ‘concocted’ changed to ‘created’). Nothing major that changes the story and the characters though, so it’s all good!

Tempt Me At Twilight is my second favourite book in the Hathaway series and it is one of Kleypas’s most underrated books, in my opinion. This is one of my favourite marriage of convenience books of all time, perhaps even my favourite one. I have listened to the original audiobook of Tempt Me At Twilight in the past and I didn’t notice any changes, compared to the first two books. Regardless, this is an updated and revised audiobook and it is a bit longer in length than the original audiobook.

Rosalyn Landor is one of my favourite narrators and she does an amazing job bringing the Hathaway family to life. The audiobooks for Mine Till Midnight, Seduce Me At Sunrise, and Tempt Me At Twilight are now available on Audible. As of yet, I don’t see them available on Audible.ca, but the CDs should be available for purchase. A special thank you to Harper Audio for sending me the updated and revised audiobooks of the books in my favourite romance series!

A Touch of Stone and Snow is the second book in the Gathering of Dragons series. It can be read as a standalone, but I think readers would benefit from reading in order because the Destroyer arc starts in the first book and continues in this book. And it looks like the Destroyer arc will end in the next book, which I am SO EXCITED for!! END_OF_DOCUMENT_TOKEN_TO_BE_REPLACED

I received an ARC from Edelweiss in exchange for an honest review.

Dug from my dusty pile of ARCs, I finally picked up One Night Gone by Tara Laskowski. I borrowed the audiobook from the library and mostly listened to it on my evening walks. I think I will make it a monthly goal to pick up the audiobook of an old ARC to put a dent in my pile of unread ARCs. Allison Simpson is still reeling from her divorce and loss of employment when her sister tells her about an opportunity to house-sit in Opal Beach. Wanting a fresh start, Allison takes this opportunity and settles down in the beach house. But when Allison comes across a cold case of a missing girl from 30 years ago in Opal Beach, she gets curious and starts investigating the girl’s disappearance. END_OF_DOCUMENT_TOKEN_TO_BE_REPLACED

The Game of Dukes finale… 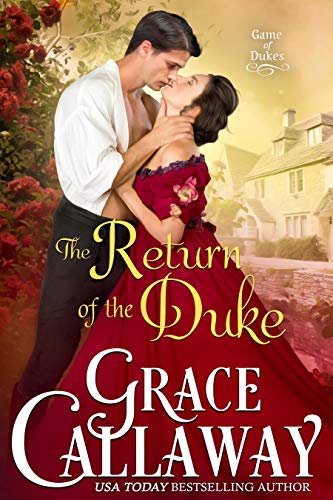 I received an ARC from the author in exchange for an honest review.

The Return of the Duke is the final book in the Game of Duke series. While it can be read as a standalone, the first half of the book takes place at the same time as the previous book in the series. END_OF_DOCUMENT_TOKEN_TO_BE_REPLACED

I received an ALC from Harper Audio in exchange for an honest review.

Take a A Hint, Dani Brown is the second book in the Brown Sisters series, but it can be read as a standalone. I picked up this book because it is an interracial romance with POC, which is sadly a rarity in this genre. My review is broken down into 1) review of the story and romance, 2) review of the Muslim representation, and 3) review of the audiobook narration. END_OF_DOCUMENT_TOKEN_TO_BE_REPLACED 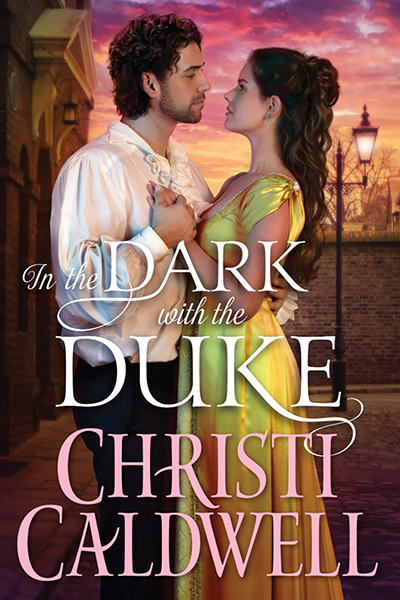 In the Dark with the Duke is the second book in the Lost Lords of London series and it can most definitely be read as a standalone. It does have a loose connection with The Spitfire from the Wicked Wallflowers series, but it still works as a standalone. END_OF_DOCUMENT_TOKEN_TO_BE_REPLACED

Generally speaking, I am not a fan of royal romances. In my personal opinion, not everyone can be Meg Cabot. My Best Friend’s Royal Wedding sounded interesting enough that I picked up an ARC. Unfortunately, it didn’t work for me. END_OF_DOCUMENT_TOKEN_TO_BE_REPLACED

I received an ALC from Harper Audio in exchange for an honest review.

Kiss An Angel is an old school contemporary romance originally published in 1996. The audiobook was released on Audible this month. Flighty socialite Daisy Devreaux’s father gives her an ultimatum: 1) go to prison for not paying her debts or 2) marry the stranger he picked for her. Daisy chooses the second option and marries Alex Markov, a circus manager, who expects her to work at the circus to earn her keep. You’re probably thinking that Daisy is an air-headed socialite who spends money left and right. That’s what Alex thinks. You’d both be wrong. END_OF_DOCUMENT_TOKEN_TO_BE_REPLACED